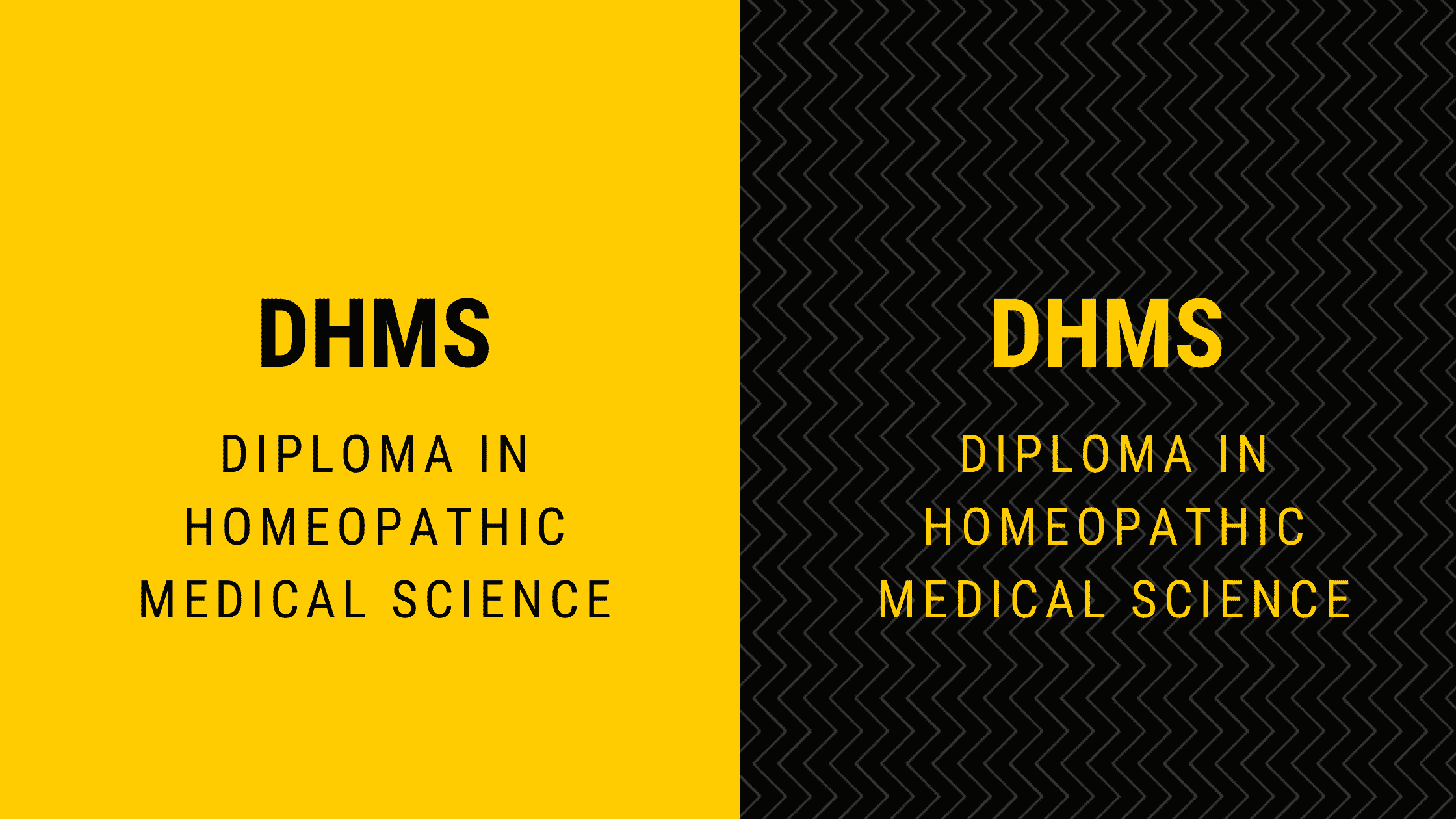 DHMS degree of Homeopathic Medicine and Surgery can be completed in 4 years. While BHMS Degree in Homeopathy to become Homoeopathic doctor takes 5 years to complete. This is an Undergraduate course part of an alternative holistic medical field.

Homeopathy can be Pronounced as a homoeopathy too. We can write homeopathic as Homoeopathic. You can learn What is homeopathy from Homeopathicology Blog known as Homeopathic Guide.

How to Become a Homeopathic Doctor?

If you want to become a homeopathic doctor and to do a Degree in Homeopathic Medicine and Surgery. Then there are two Homeopathic Degree Courses options that you can go with.

DHMS full form in medical is a Diploma in Homoeopathic Medical Science. DHMS is four years long program with six months internship. The internship is Compulsory after passing the diploma examination.

This Homeopathic Doctor Degree can be pursued at Homeopathy University after Metric or O-Levels (10 Years Education). Homeopathic Diploma in Pakistan is DHMS Equivalent to BSc Degree.

The Homeopathic degree name is BHMS. BHMS full form is Bachelors of Homeopathic Medical Science. BHMS is Homeopathic Degree in Pakistan is a 5 and half years program including a one-year internship. Bachelor’s Homeopathy degree can be started after completion of FSC or A-Levels (12 Years Education).

BHMS is equal to MSc Degree. You can get a BHMS degree after DHMS in just two years. This is a BHMS Graded Homeopathic Degree especially designed for diploma holder Homeo Doctors.

After the completion of education either you have completed the DHMS or BHMS degree. Then you can start practice as a bhms doctor, private Homeopathic Practitioner, open a Homeopathic Medical Store, or Clinic as Homeopathic Health Care Center. You can get a Government job in a hospital as a Homoeopathic Doctor or Homeo Practitioner.

Homeopathy is a type of holistic alternative medicine but with a different approach. Homeopathic works on the principle of LIKE CURE LIKE. It helps our immune system and focuses on healing the cause to cure Symptoms.

There is a lot of different views about the salary of homeopathic practitioners. It varies from region to region. If you want to start your homeopathic medical doctor, then you need to keep in mind the Homeopathic Physician’s salary.

Like, in Asian countries homeopathic doctor’s salary is around about the salary of a 16-17 scale government officer. There are some countries in the world where Homeopathic treatment is not being used. In such countries, the number of jobs is equal to zero similar to the wages too.

What is the full form of DHMS?

What is BHMS full form?

Is DHMS a doctor?

Can DHMS write Doctor with their name?